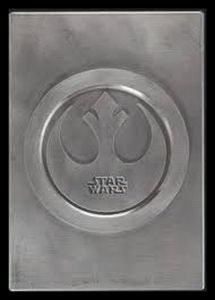 Star Wars CCG was first released in December 1995. Over the years, Decipher added eleven full expansions to the original card base, as well as numerous smaller expansions, special-purpose sets, and promotional releases. The last set, Theed Palace Limited, was released in the fall of 2001. The game spanned all of the original Star Wars trilogy (A New Hope, Star Wars: Episode V The Empire Strikes Back, and Star Wars: Episode VI Return of the Jedi) as well as Star Wars: Episode I The Phantom Menace. During several years of the game's run, between 1995 and 1998, it was a top-selling CCG, second only to Magic: The Gathering, according to the InQuest magazines, and had a player base of over 40,000. Decipher lost its license to produce official Star Wars products in 2001; the CCG was replaced by Wizards of the Coast's Star Wars Trading Card Game.

Unable to continue to produce, market, or support the game, Decipher instead created a volunteer committee of some of the game’s most active and accomplished players. They christened this group the Star Wars Customizable Card Game: Players Committee.

The Players Committee, or PC as it is better known, was given control of the oversight of the game, including the championship tournament season, and was also afforded the ability to create new cards for the game, although with a number of restrictions. Chief among them, was that the cards could only be distributed electronically. The PC could not create physical cards. Additionally, the PC could not utilize new images from the Star Wars films. Finally, everything the PC created must be distributed for free. No PC cards could be sold.

What resulted became known as the “Virtual Cards.” These Virtual Cards (or V-cards) can be downloaded for free here and have allowed the game to continue under the PC’s watch for over twice as long as Decipher actually produced the game.

If you like what the Player Committee are doing and want to support their activity, you can do that here.

Below is a complete database of the Star Wars CCG. Click on one of the sets below to view the cards in that set. Click on a card to add it for sale, trade or a wishlist / collection. If you find any errors in the database, please contact us using the feedback form at the bottom of the page.

A
A New Hope

A
A New Hope Unlimited

T
The Empire Strikes Back 2 Player