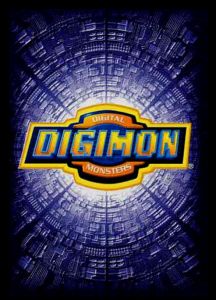 Digi-Battle, also known as Digimon as well as Digital Monster Card Game or Hyper Coloseeum in foreign markets, is an out-of-print collectible card game by Upper Deck and Bandai. It was initially released in February 2000 as fixed 62-card starter decks and four 30-card "Street Decks". Six additional expansions were released called Series 1 through 6. Upper Deck's contract with Bandai expired after the release of Series 2 when Bandai began self-producing it. Digi-Battle released a series of promos through Taco Bell as well as other venues like movie theaters, video game and television promotions. The game ended in 2001 with a transition to Bandai's next CCG iteration called Digimon D-Tector.

Below is a complete database of the Digimon: Digi-Battle CCG. Click on one of the sets below to view the cards in that set. Click on a card to add it for sale, trade or a wishlist / collection. If you find any errors in the database, please contact us using the feedback form at the bottom of the page.